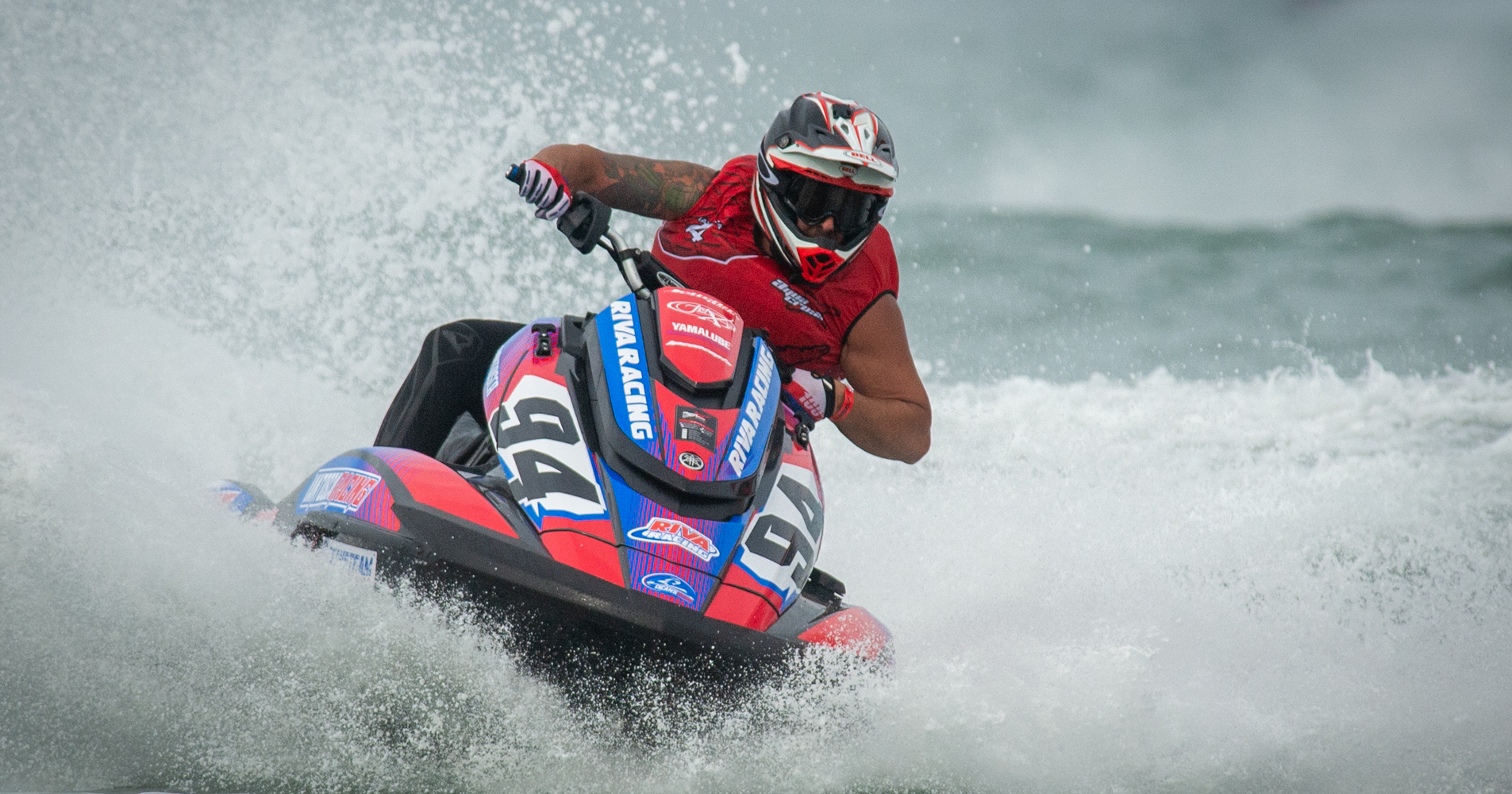 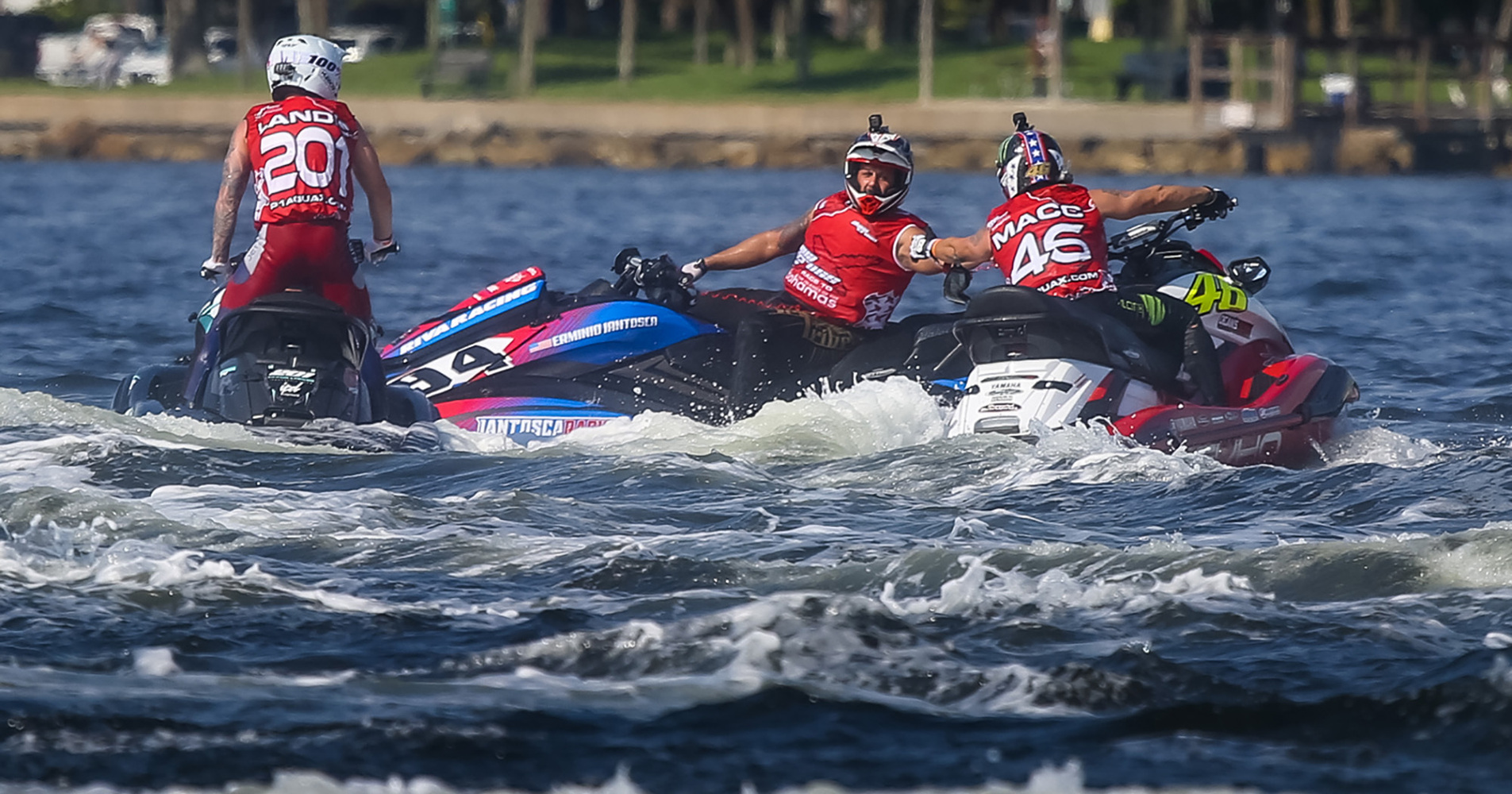 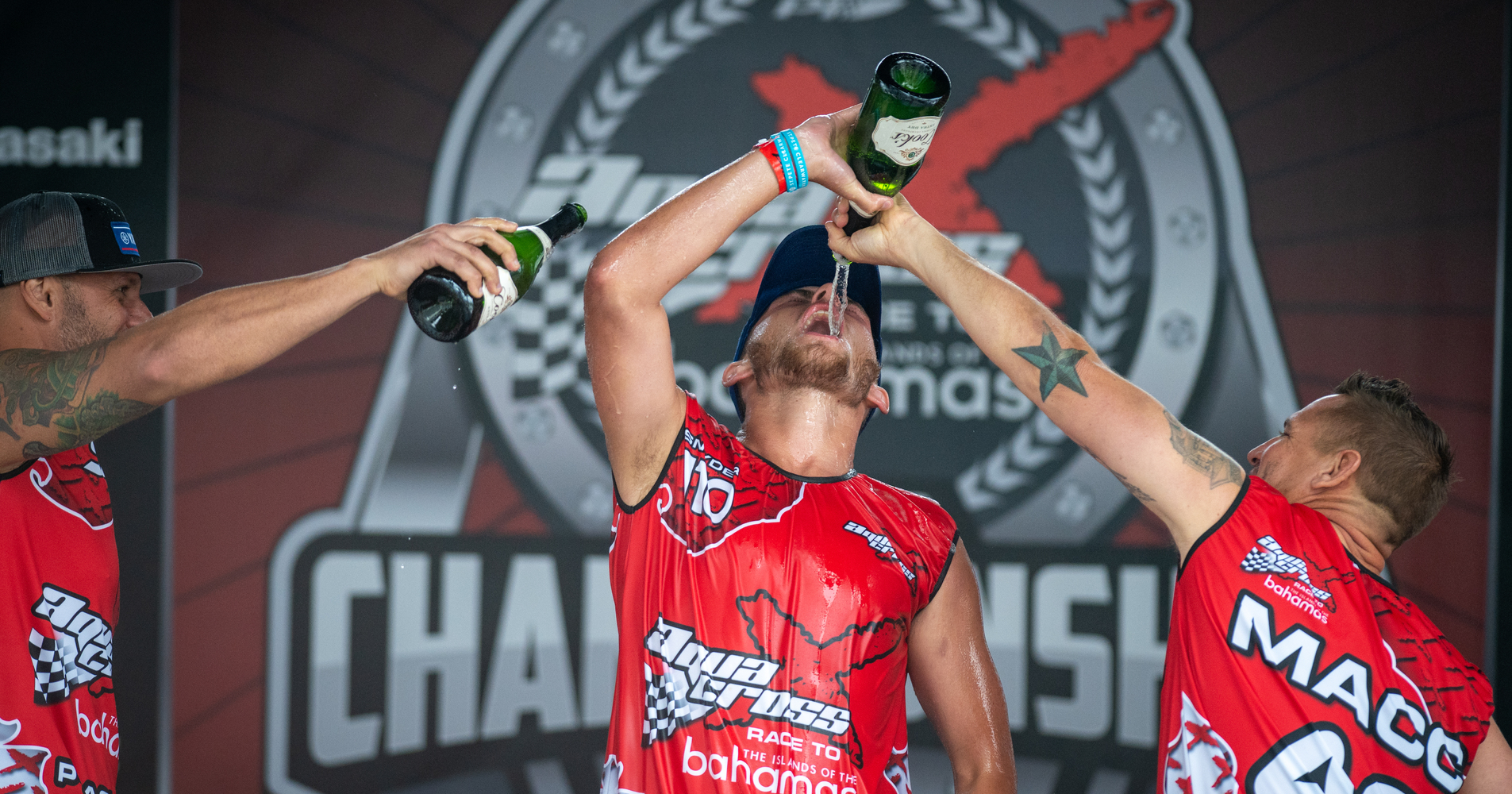 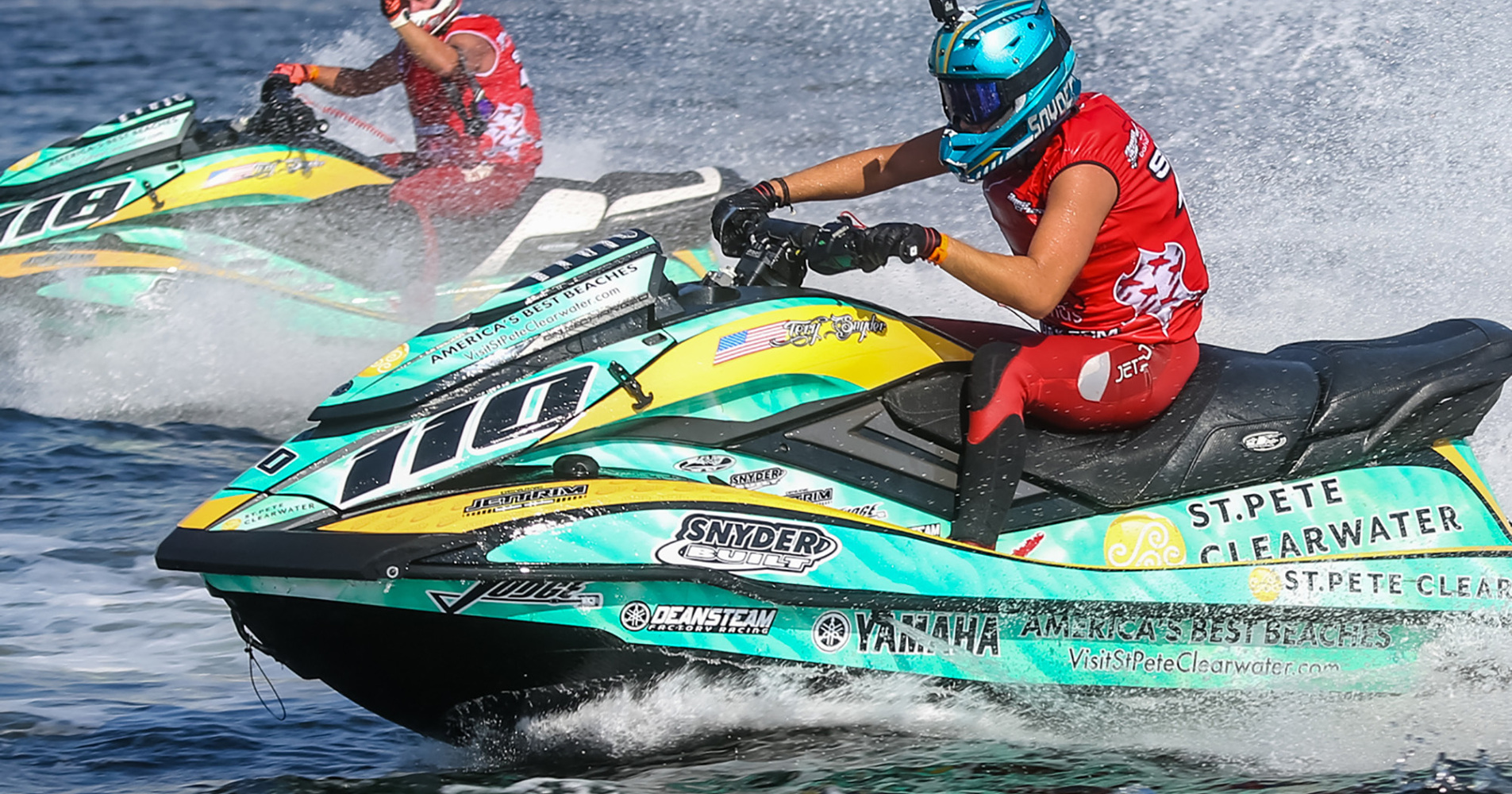 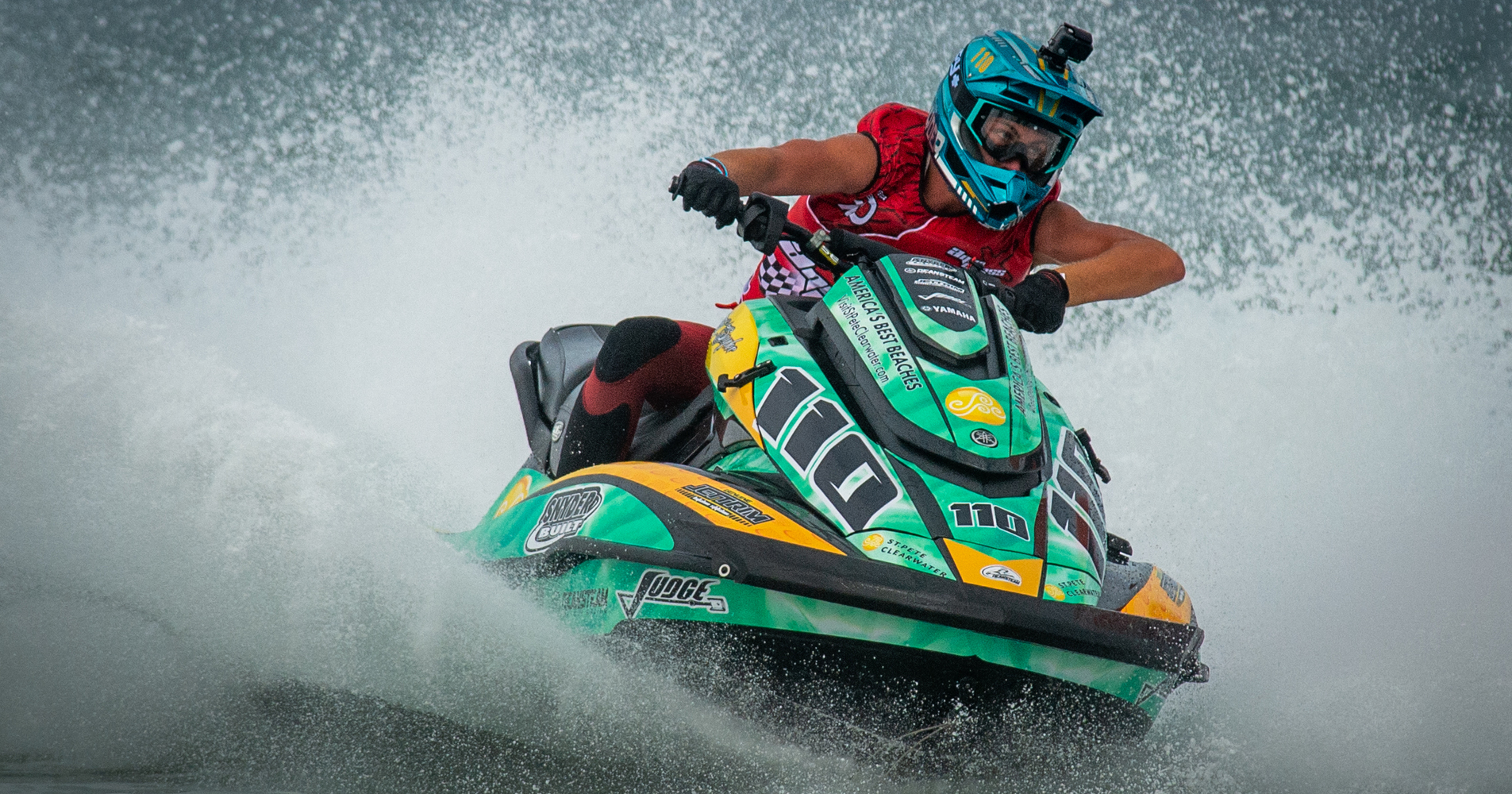 The pandemic upended all areas of life last year and sport was no exception, with massive disruption to the worldwide calendar. P1 AquaX returned to the water in April with hopes for the new season tempered by the ongoing presence of Covid and the challenges it would present to event operations. As the opening race weekend in Daytona Beach approached, it became clear that ongoing restrictions would prevent the UK operations team from coming over, quite possibly for the whole season.

Daytona is the home of serious surf and the venue where AquaX launched in the United States in 2013. The Atlantic did not disappoint, with testing conditions for riders and race marshals alike. The event brought a new first, as teenager Tory Snyder, racing in his first Pro AquaX Enduro, claimed victory to the delight of his proud father and longtime AquaX racer, Troy. Erminio Iantosca took second place onboard his new Yamaha ride. 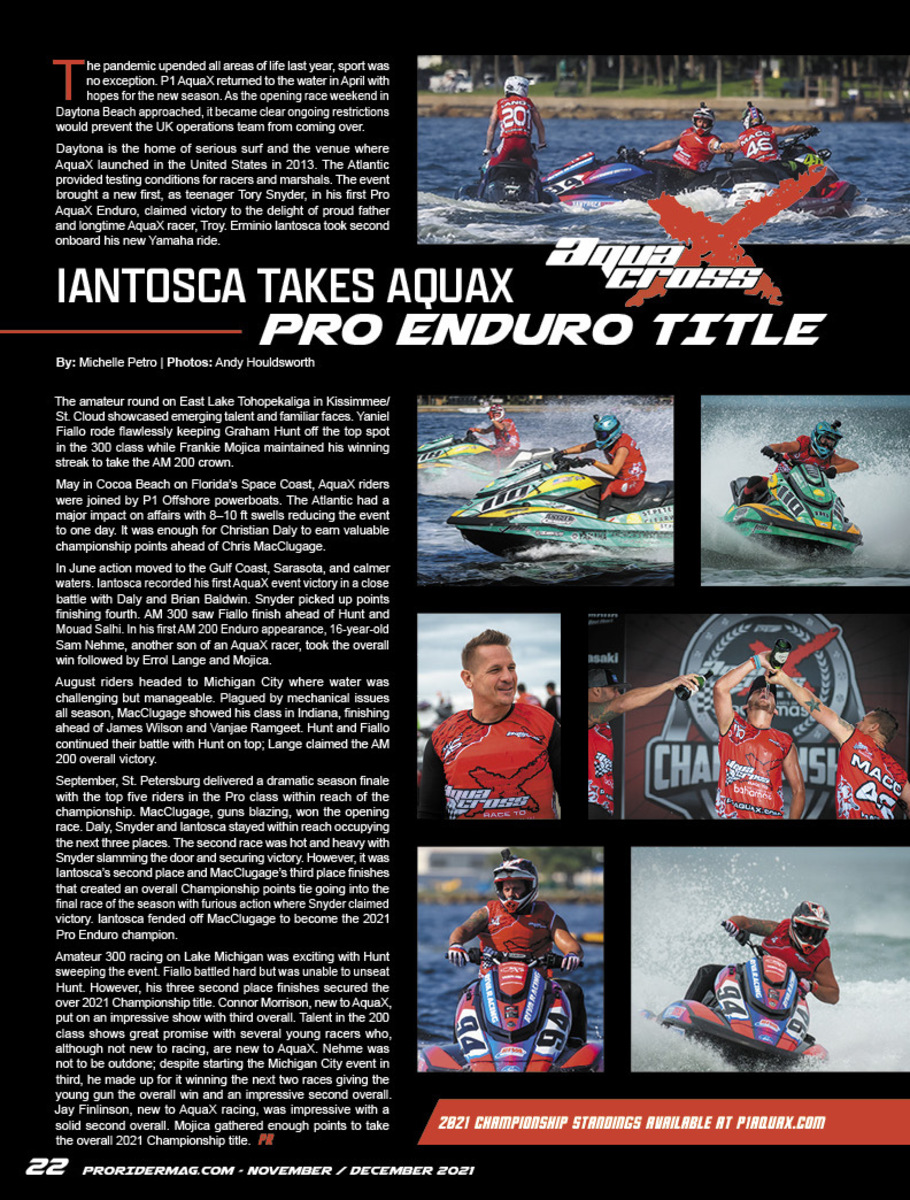 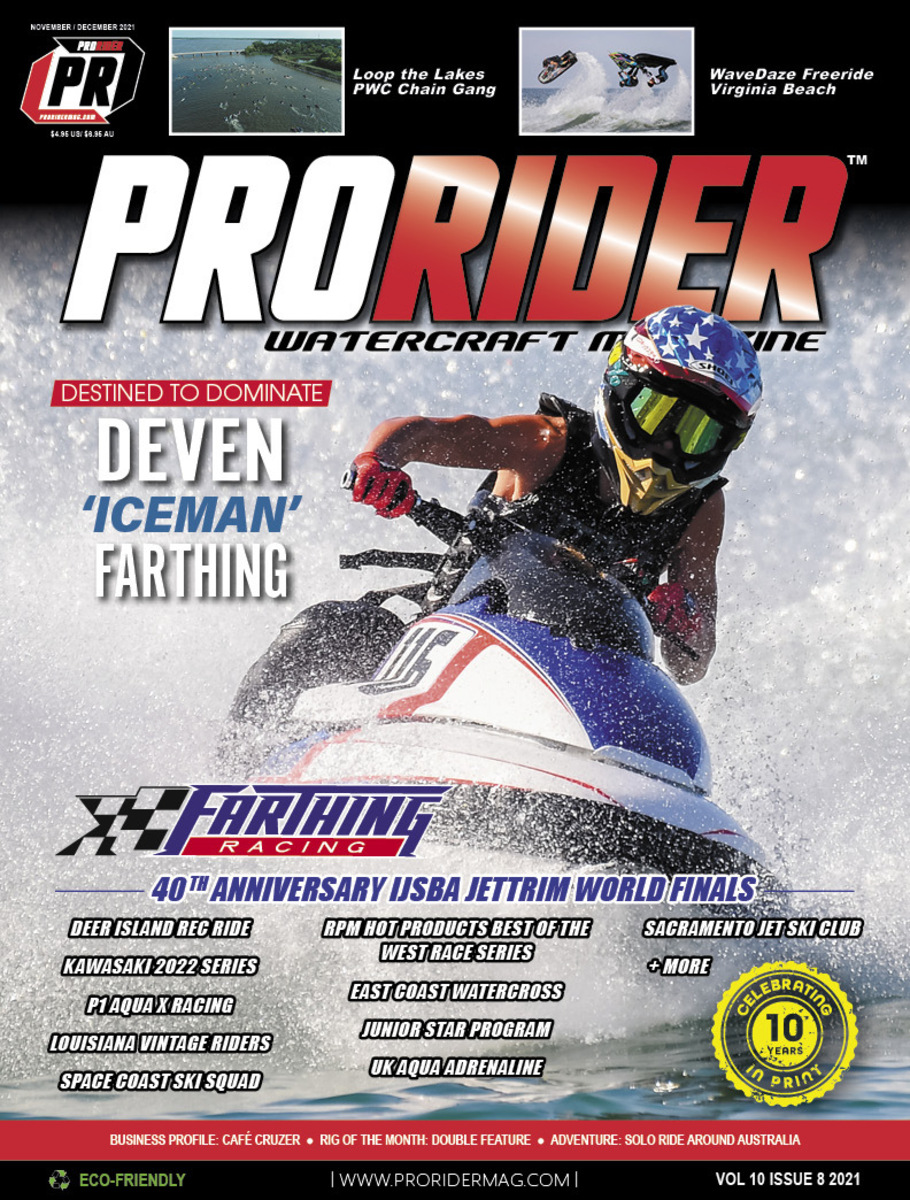 The amateur round on East Lake Tohopekaliga in Kissimmee/St. Cloud showcased emerging talent as well as some familiar faces. Yaniel Fiallo rode flawlessly to keep Graham Hunt off the top spot in the 300 class while Frankie Mojica maintained his winning streak to take the AM 200 crown.

At the end of May in Cocoa Beach on Florida's Space Coast, the AquaX riders were joined by the P1 Offshore powerboats and the Atlantic had a major impact on affairs with 8-10ft swells reducing the event to one day. It was enough for Christian Daly to earn some valuable championship points ahead of Chris Macclugage.

At the end of June the action moved to the Gulf Coast where Sarasota delivered calmer waters but some stormy weather. Erminio Iantosca recorded his first AquaX event victory in a close battle with Daly and Brian Baldwin. Snyder picked up useful points by finishing fourth. The AM 300 racing again saw Fiallo finish ahead of Hunt and Mouad Salhi. In his first AM 200 Enduro appearance, 16-year-old Sam Nehme, another son of an AquaX racer, took the overall win followed by Errol Lange and Mojica.

August saw the riders head north to Michigan City where they were greeted by perfect weather. The water was challenging but manageable. After being plagued by mechanical issues all season, Macclugage showed his class in Indiana, finishing ahead of James Wilson and Vanjae Ramgeet. Hunt and Fiallo continued their battle in the AM 300 Class with Hunt coming out on top, whilst Lange claimed the AM 200 overall victory.

In early September, St. Petersburg delivered one of the most dramatic season finales with the top five riders in the Pro class within reach of the championship title. Macclugage came out with all guns blazing to win the opening race. Daly, Snyder and Iantosca all stayed within reach by occupying the next three places. The second race was hot and heavy with Snyder slamming the door on the competition and securing victory. However, it was Iantosca's second place and Macclugage's third place finishes that created an overall Championship points tie going into the final race of the season. The race did not disappoint, with a feast of furious action that saw Snyder claim victory. Most importantly, Iantosca managed to fend off Macclugage to become the 2021 Pro Enduro champion.

The Amateur 300 class racing on Lake Michigan was equally exciting with Hunt sweeping the event with three wins. Fiallo battled hard all weekend but was not able to unseat Hunt. However, his three second place finishes secured the over 2021 Championship title. Connor Morrison, who is relatively new to AquaX, put on an impressive show with the overall third spot for the event. The talent in the 200 class shows great promise with a number of young racers who, although not new to racing, are new to AquaX. Nehme was not to be outdone; despite starting the Michigan City event with a third place in the opening race, he made up for it by winning the next two races to give the young gun the overall win in the class and an impressive second place overall in the Championship. Jay Finlinson, also new to AquaX racing, put on an impressive show with a solid second overall for the weekend. Mojica gathered enough points to take the overall 2021 Championship title.

The overall 2021 Championship standings are available on the button below.